Or should we say Hoppy IPA Day? Founded in 2011, this day is to celebrate a movement uniting the voices of craft beer enthusiasts, brewers and bloggers internationally (the more the merrier, right?) Social media connects all these folks on this day to increase global awareness and appreciation.

Make sure to engage in a beer conversation today as well as enjoy a hoppy IPA at your local brew pub!

Guess what! In honor of July being Michigan Craft Beer Month, we have $1 off all Michigan brews every Tuesday and Friday. We open at 4 p.m. so we’ll be seeing you at approximately 4:01, right?

This is the perfect time for you to test out beers you’ve been wanting to try! 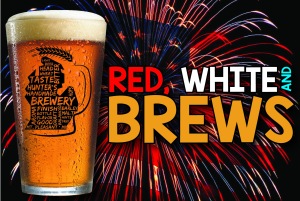 Happy Friday and Happy 4th of July! Let’s spread the love of independence together. Whether you are kicking it poolside in an American flag speedo or visiting with grandma, we’d love to spend part of the holiday with you since we’re open all weekend. Make sure you’re having fun and being safe. Cheers!

Interested in joining a mug club at one of your favorite watering holes?

We know you thoroughly enjoy our Trivia and Effen Bingo Night, but maybe it’s time to enjoy being a mug club member too.

You can either join the yearly mug club or hold the lifetime membership (which means you’ll be loving our beer until the end of time.)

Read about what is all included in the two documents below. Shoot us an email at hunterscaskroom@gmail.com or stop at Hunter’s Ale House to sign up so we can keep your mug full!

Feast your eyes on 10 facts that will give you a better appreciation for beer. Share them, embrace it, and enjoy.

1. Beer is the third most consumed beverage behind water and tea.

2. There are about 400 types of beer. The oldest type being ale and the most consumed being lager. 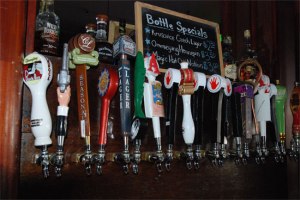 3. The process of brewing beer has been traced back to 6000 BC Babylonian times.

4. Beer was sacred. Beer was used as a medicine. Beer was was part of the Egyptian diet. (Michigan folk agree)

5. Weihenstephan Abbey in Germany is the oldest operating brewery and has been functioning for 1000 years.

6. Cenosillicaphobia is the fear of an empty glass. 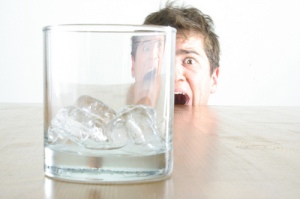 7. Beer makes you smarter! A study done by the New England Journal of Medicine says that beer increases the cognitive function in humans.

8. Beer makes you healthier! Drinking beer can reduce the risk of kidney stones by 40 percent.

9. Storing beer upright minimizes oxidation and contamination from the cap.

10. The first professional brewers were women.

Curious to know why Michigan is known for being a beer state? Let’s travel back in time to the 1800s when beer was more popular than water and the competition among brewers was fierce. Michigan beer goes back to 1829 when the Cleveland Herald covered a shipment of Detroit beer making its way down the Great Lakes for the first time. Between the 1840s and the 1880s, Michigan beer was diverse and localized through mom-and-pop shops. Typically these shops sold to customers within a few blocks of the surrounding area. Detroit had 40 brewers counted for in 1862 not including dozens of others brewers scattered across the state.

A few decades later in history comes the Prohibition era. Realistically, the brewers had to get creative when it came to keeping business in secret operation during Prohibition. Bigger companies began the making of legal canned hopped malt syrup, which is actually the key ingredient for home brewing. For example, Detroit brewer John Zynda took his full operation underground. To avoid getting into trouble with the police, Zynda dug a tunnel from his shop to a garage across the street. This way he was able to roll the beer to safety, one half barrel at a time. Speed forward to 1933 – Michigan was the first state to ratify the 21st Amendment that repealed Prohibition.

Every since that point in time, Michigan brewing continued to grow into what is it today. From 2007 to 2010, grocery store sales of Michigan craft beer doubled. Michigan brewing is now a $133 million industry, ranking 5th in the nation for its number of breweries. Now in 2015, Michigan has more than 80 breweries.

Now that you feel proud to live in Michigan or even be a Michigander yourself, here is the Michigan Beer Fight Song for you to learn!

Let’s drink Michigan beer
From coast to coast, from far and near,

It’s local and delicious,
Any styles that you wishes,

From the U.P. to the mitten
There’s no tellin’ what you’re gettin’

From Motown to the Soo
Find a beer that pleases you.

Get tipsy down in Ypsi.
Let’s drink MICHIGAN BEER!

Favorite hobby: Quite a few things I like to do, just don’t get to do them anymore. Catch up on sleep, golf, and spend time outside.

Role at Hunter’s: General Manager. He keeps this place running… Shake hands and kiss babies with the customers!

What led you to working at Hunter’s?: Short time lived in California. Came back to Mt. Pleasant and started working at O’Kellys as a DJ and barback man. Hunter’s Ale House was losing their manager and was offered the position.

Pick a favorite beer: You can’t ask that question to somebody who likes beer.

Favorite style of beer: Pale Ale. If a brewery has a good pale ale, they probably have some other good beers as well. It’s a base model. Complex stout and good lager or pilsner. I’m not even opposed to a bud light from time to time.

Hopes for Hunter’s in the next year: Brewery fully functioning. People enjoying the beer that we make.

Who is your biggest role model?: My Grandfather…It’s because of him I have the work ethic that I have and have excelled in every job I’ve ever held.

What is a Fun Fact about you?: I used to teach Fencing at CMU.

Candid shot from interview with Pat

Hunter’s Ale House is in great hands with Pat. Come in for great food paired with your next favorite beer brewed at Hunter’s Handmade Brewery. Make sure to buy Pat a Pale Ale, too! Become a Mug Club member to get exclusive deals, attend “invite only” parties, and be around beer lovers like you. Ask any employee for more details. See you soon!

We are Hunter’s Handmade Brewery located in Mount Pleasant, Michigan. We are excited to share our love for beer with the people around us and the rest of the world! This blog is made to update our communities with information with all things related to brewing beer and our brewery.

Feel free to check us out on our other platforms!